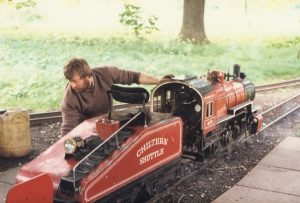 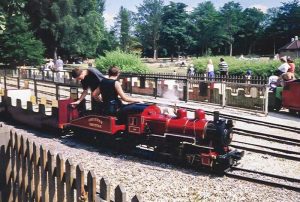 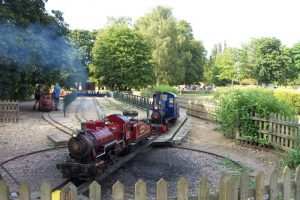 The Historic Steam locomotive ‘Chiltern Shuttle’ will be returning home to Watford following completion of a thorough overhaul to working order.

Built by R.H. Morse in the 1940s, Chiltern Shuttle has been based at Watford since the early 1980s. When the railway was sold to new owners in 2017 she was not included in the sale, but she has now been bought by two of our occasional drivers, David and Yvette Horton.

In November Chiltern Shuttle arrived with Denver Light Railway, the specialist engineering firm who helped put Marri back into working order earlier this year.  She has now been stripped down into parts, ready to assess exactly what work is required to put her back into working order.  After many years of use there will be quite a few parts which need attention, so we can’t say yet when Chiltern Shuttle will be back home, but we hope it will be in the next 2-3 years.

Although privately owned she will live at Watford and be used on some trains all year round, as well as occasionally visiting other railways as our roving mascot!